Maybe you’ve heard that phrase before. Often it is a phrase people use to encourage someone to act.

But is it true?

This phrase evolved from Aesop’s fable, “Hercules and the Wagoner,” which teaches that “heaven helps those who help themselves.” Aesop is a Greek legend believed to have been alive from 620-560BC. He is thought to have been a slave who earned his freedom by his skill in storytelling. It is highly debated as to whether he was an actual person, or simply a name to which many fables became attributed.

Either way, Aesop was a product of Hellenistic Greece and our fable of the day reflects that. The ancient Greeks believed there were many gods and goddesses who had specific powers and lorded over different aspects of earthly life. They were thought to be like humans in personality: fickle, kind or mean, angry or pleasant, cruel or loving. They were thought to toy with humanity for their own enjoyment.

With this view of the gods, is it any wonder Aesop taught that it was better for you to do something yourself than to ask for help from the gods?

Though this mindset is fairly similar to the polytheistic view of the ancient Near Eastern civilizations, the ancient Israelites held a very different idea of their God.

The Biblical narratives are full of examples of a God who loved his created beings so much that he would rather break his own heart to help them than to let them suffer unduly.

When Adam and Eve ate of the apple and realized their nakedness, God was the one who provided for them when he killed one of his dearly beloved animals to create clothes of skin for them (Gen 3:21)

When his children were enslaved by the Egyptians, God was the one who rescued them out of slavery. 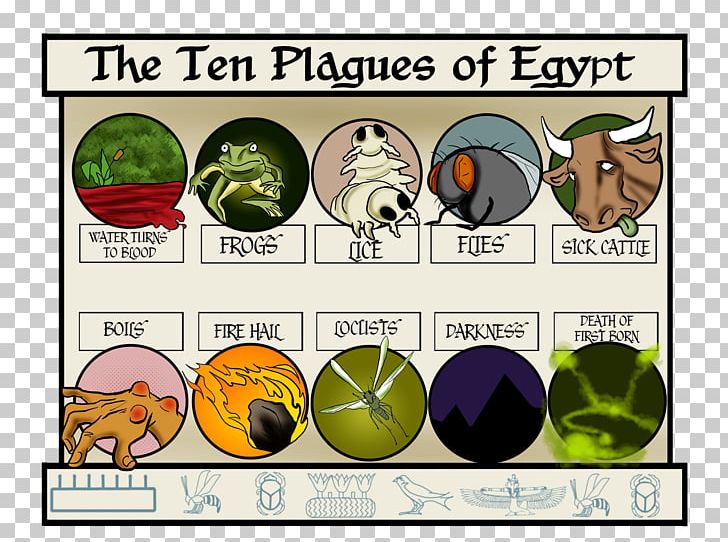 When his children rebelled against him and were in the desert for 40 years, God wooed them into an intimate, loving relationship.

When his children were drowning in death caused by sin, God alone redeemed them from death by sending his son, Jesus, to die on a cross.

Aesop had a Hellenistic view of his gods and set the moral: “heaven helps those who help themselves.”

The biblical people knew their God and instead said, “God rescues those who cannot help themselves.”

Does this absolve us from all personal responsibility? Of course not.

2 Thessalonians 3:6-13 is very clear that we have a personal responsibility to work and provide for ourselves and our families. Genesis 1:27-28 is also clear that we are created in the image of a God who works and that he gave us work as a blessing to our lives(cf John 5:17).

We are given responsibility by God so we might thrive in purpose-driven life. Through work, we can reflect God himself as we create and provide for our families.

While the Hellenistic mindset believes that responsibility and work is for personal benefit alone, the Bible again shows how contrary Hellenistic thought is to God’s way of thought.

In the ancient Near East (aNE), societies completely revolved around the patriarch within a tribal society.

The patriarch had complete authority over his family: he received a double portion so he could be the provider of all needs of his entire tribe, he was the judge, jury and executioner of all legal matters, he was the “go’el” (redeemer) of any in his tribe which found themselves in trouble.

The redeemer was a technical term in the aNE in which the patriarch was responsible to do whatever was necessary, pay whatever necessary, fight, bargain, or barter in whatever ways necessary to bring the lost member of the tribe home. If a woman married into the tribe and her husband died, it was the patriarch’s job to marry her back into the tribe. If a man found himself in debt and sold into slavery, it was the patriarch’s job to buy him back out of it. Think about Abraham and Lot (Genesis 14:1-16): when Lot was stolen away from his house – after moving away from Abraham – Abraham was still his patriarch and it was his responsibility to do whatever necessary to get him back. What did he do? He purchased a small army, traveled over 160 miles from Hebron to Dan, and fought a massive army to rescue Lot.

This is the job of redeemer.

Aesop’s Hellenistic society says, “I am and there is none but me.”

The Bible says “you are given much that you might be a “go’el” a redeemer of the lost children of God’s “bet’av.”

God asks us to move, to go, to do, to act, to say – often, not for our own good, but for the good of those around us. It often takes immense courage.

Penn from the Penn and Teller show made a video blog to tell a story. Watch it if you have 5 minutes. If not, I’ll give you the cliff notes edition: Penn is a professed atheist. After one of his shows, a man came up to him, said some complementary words about the show, gave him a Gideon Bible, and walked away. In this video Penn summarily says, “if you truly believe that I am going to Hell because I do not believe in God, how much do you have to HATE me to not tell me about God and try to save me from it, simply because it might be awkward?”

The courage it takes to go out of our comfort zone and do something God asks us to do should be secondary to our love and desperation for all to find salvation in Jesus.

Is your love for the lost more important to you than your personal comfort?

There are things God lays in our hands and we can either partner with him in bringing the gospel to the world, or we can not. That is our part. That is our choice. Salvation, however, is God’s part. There are things that we cannot – in any way – do. God alone is able. We are powerless and can only sit back and watch as God does his thing.

Listen to the work of our Go’el in the words of Isaiah to a society who was essentially trying to live Aesop’s moral, “God helps those who help themselves.”

Therefore justice is far from us,
and righteousness does not overtake us;
we hope for light, and behold, darkness,
and for brightness, but we walk in gloom.
10 We grope for the wall like the blind;
we grope like those who have no eyes;
we stumble at noon as in the twilight,
among those in full vigor we are like dead men.
11 We all growl like bears;
we moan and moan like doves;
we hope for justice, but there is none;
for salvation, but it is far from us.
12 For our transgressions are multiplied before you,
and our sins testify against us;
for our transgressions are with us,
and we know our iniquities:
13 transgressing, and denying the Lord,
and turning back from following our God,
speaking oppression and revolt,
conceiving and uttering from the heart lying words.

14 Justice is turned back,
and righteousness stands far away;
for truth has stumbled in the public squares,
and uprightness cannot enter.
15 Truth is lacking,
and he who departs from evil makes himself a prey.

When we do things our way, we wallow in filth and cannot find our way out. But, Beloved, we do not serve a God who only helps those who help themselves. He sees that we are completely unable to help ourselves, and this next part of Isaiah’s sermon teaches us what our God does:

The Lord saw it, and it displeased him
that there was no justice.
16 He saw that there was no man,
and wondered that there was no one to intercede;
then his own arm brought him salvation,
and his righteousness upheld him.
17 He put on righteousness as a breastplate,
and a helmet of salvation on his head;
he put on garments of vengeance for clothing,
and wrapped himself in zeal as a cloak.
18 According to their deeds, so will he repay,
wrath to his adversaries, repayment to his enemies;
to the coastlands he will render repayment.
19 So they shall fear the name of the Lord from the west,
and his glory from the rising of the sun;
for he will come like a rushing stream,
which the wind of the Lord drives.

20 “And a Redeemer will come to Zion,
to those in Jacob who turn from transgression,” declares the Lord.

Before we came to Jesus, we were all like those described in Isaiah 59. We were powerless to save ourselves from the depths of death. But God looked upon us and decided that he himself would be our salvation. He clothed himself in armor, arrived in the form of his Son, Jesus, and dying on a cross, gave us parts of his personal armor,

that we might be covered with helmet of salvation,

that we might put on the breastplate of righteousness,

that we might slay evil with the Sword of the Spirit,

and that we might run no longer to evil, but with peace of the gospel spreading through our every step (Ephesians 6:10-18).

Staring the truth of Jesus’ sacrifice in the face reflects our own helplessness to save ourselves. Instead, we are humbled and overwhelmed at his grace, mercy and love. Out of that, we work in love to bring the glory to Him that His name deserves. He is worthy! Praise his name.

We do not serve a God that says “help yourself,” but one who instead put on his own armor to redeem the helpless.

Go and do likewise.